​In this Q&A with Paul Mulcahy, the kindhearted, headband-wearing #4 basketball standout discusses playing college ball for Rutgers during the pandemic, including the crushing moment two years ago when his team reached the Big Ten tournament only to have all games cancelled. See what kept this scrappy Bayonne native on-track through the isolation and stress of a basketball season like no other.
​​Ned Lincoln returns to the Somerset Hills to take on his dream job of farm manager of Home Winds Farm, a 208-acre bucolic working farm that features trout streams, a two-acre garden, apple orchards and pastures for cattle, chicken, donkeys, sheep and goats.
Check out Doc Coyle, guitarist for the heavy metal band Bad Wolves, to see how he rose from his New Brunswick neighborhood to find fame touring the world and how he adapted when concerts were silenced during the pandemic’s start.
​Former dancer Ashley Baer learns how to pivot during a pandemic, as she serves as company manager for American Ballet Theatre, one of the leading classical ballet companies of the world.
​Track star Katy Galli shares how she shaped a meaningful life after college sports and founded the branded KMF Collective (short for Keep Moving Forward), on online multimedia platform that features interviews with former professional and collegiate athletes about their transition from jock to average joe.

A Summer of Goodbyes: A farewell tribute to the longtime owners of Bernardsville’s Coffee Shop, published in the ​Bernardsville News 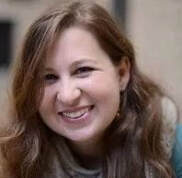 A Rumpus author interview with the talented writer and kids' book editor Kendra Levin about her debut release, The Hero is You. Ms. Levin discusses her influential mentors, her career in publishing and her creative struggles that caused her to stop writing for many years. 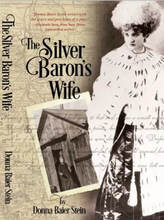 ​For more than half a century, writer Donna Baier Stein has been obsessed with Baby Doe Tabor (born 1854), a Colorado divorcee who wed a wealthy, once-married silver baron and took up mining herself, flouting social conventions of her day. The Silver Baron’s Wife is a brilliant culmination of Baier Stein’s fixation with Baby Doe. In this Rumpus author interview, Bair Stein discusses her debut novel and her lifelong fascination with the brave and brazen protagonist.

​Author interview with Jon Day about his latest book, Cyclogeography: Journeys of a London Bicycle Courier. A bike messenger for three years, Day discusses what it feels like to spin through the streets and experience freedom, exhilaration and exhaustion as earned a living within the capitalistic framework of the push-bike circuit.

The Rumpus interview with Susan Shapiro, whose latest novel, What’s Never Said, details an illicit relationship between an MFA student and her older poetry professor at a fictional New York City university. Ms. Shapiro, a wildly popular writing professor at The New School, shares how she came to develop her distinct teaching style to help her students get published, and dishes on her reaction to new anti-dating measures between faculty and students at universities such as Harvard and Yale.

Armed with a tape measure, a Drew biochem major visits the Amish in Ohio to assist a medical anthropologist in discovering what the Amish already know about genetic disease in this Drew Magazine feature. ​